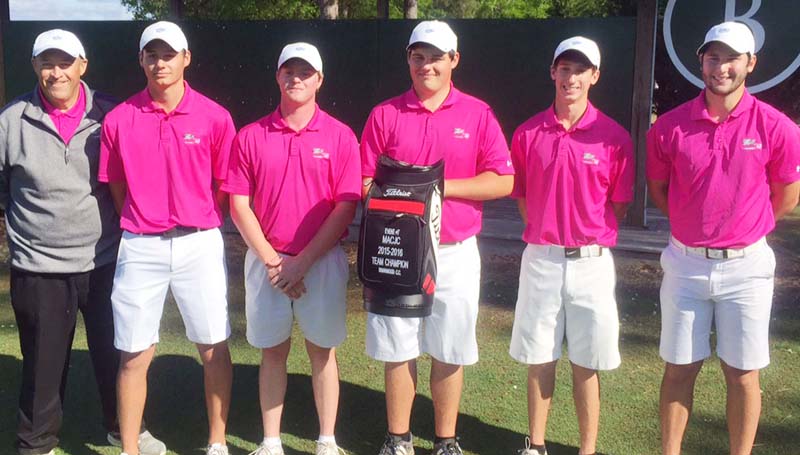 MERIDIAN – The Co-Lin Wolfpack golf team defeated host Meridian in a playoff to capture first place in the MACJC Tournament at Briarwood Country Club in Meridian Tuesday. Both teams were tied at 584 at the end of regulation and the Wolfpack won on the first playoff hole.

The Wolfpack returns to action on Saturday and Sunday for the MACJC State Tournament which is hosted by Northeast Mississippi Community College at Shiloh Ridge Country Club in Corinth.