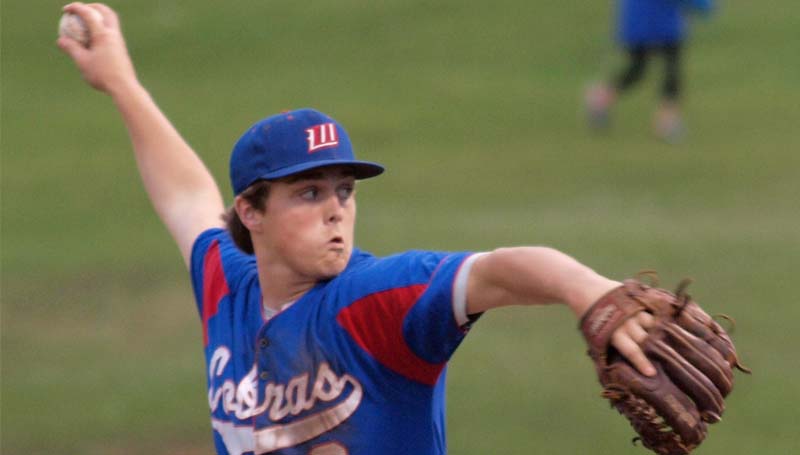 “I’m proud of the way the guys fought back and got back in the game,” said Wesson coach Seth Loftin. “It is always good to win district and we will keep up the fight and intensity going into the playoffs.”

The Bulldogs came out looking to spoil Wesson’s district championship celebration. They jumped on the Cobras early to claim a 5-0 lead after four innings.

Wesson quickly rebounded in the last three innings, outscoring Franklin County 8-1 to secure the victory. Will Hulon’s triple in the seventh inning pushed in the final two runs.

Preston Middleton was the winning pitcher for the Cobras. He took over in the fourth inning in relief. Middleton finished with three strikeouts and two walks. Jeremy Smith (3K, 1BB) started for Wesson.

The Bulldogs controlled the scoreboard for the first six innings with hits by Dalivan Hunt (2 RBI), Thomas Slagle (1 RBI) and Jacob McDaniel (1 RBI), who each hit a double and a single. Franklin County took advantage of several throwing errors by the Cobras to move around the bases and put points on the board.

Starting pitcher Chris Cantrel collected two strikeouts and three walks for the Bulldogs. Hunt pitched in the sixth inning and had two walks. Slagle (2K, 0BB) and McDaniel (0K, 1BB) closed out the game in relief.

In junior varsity action, the Cobras won over Franklin County with a final score of 7-0.

Will McInnis collected the win on the mound for the Cobras with three strikeouts.

Triston Jaudon led Wesson’s offense with a double. Will McInnis, Reid Crow and Cameron Gladden provided a single each.

Wesson honored its baseball seniors Davion Frye, Bolan Tadlock and Max Daughdrill prior to the game.