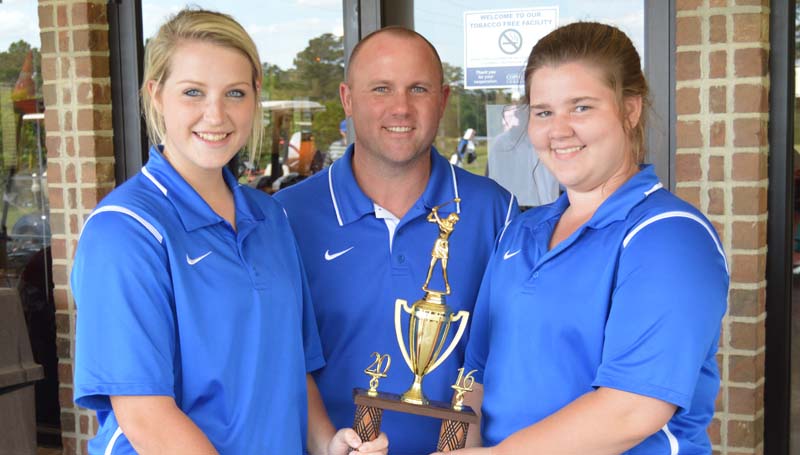 The Wesson Lady Cobras captured the Region 7-2A Golf Tournament championship at Wolf Hollow Monday afternoon with a final score of 197. Wesson was led by match medalist Carrie McSweyn with a score of 99 and Katie McSweyn, who shot par 98. Kaitlyn Smith finished with a 104.

Wesson will compete in the Class 2A State Tournament, which will be held at the Bay St. Louis, in May.

Loyd Star, coached by Chris King and Lydia King, placed third in the tournament with a score of 209. Michaela Marler led the Lady Hornets with score of 104, Madi Lewis had a score of 105 and Courtney Wyant shot a 107.

The West Lincoln Lady Bears finished fourth with a team score of 213. Haley Moak led the Lady Bears with a score of 106. MaKayla Shelton and Morgan Newman both shot a 107.

The Enterprise Lady Jackets took home fifth place with a team score of 214. Lizzie Boyte paced the Lady Jackets with a score of 106. Meagan Moree and Brooke Brister scored a 108 each.