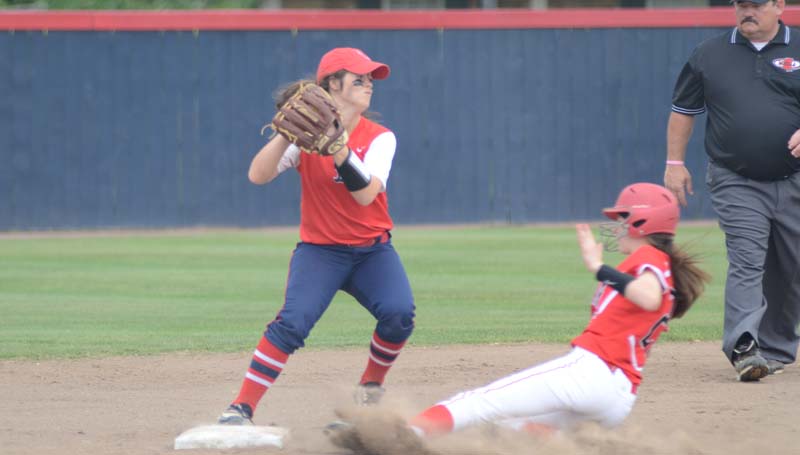 Daily Leader / Marty Albright / Brookhaven second baseman Macy Ziskin attempts to make a throw to first base for a double play as Loyd Star runner Meagan Poole slides in to break up the play Wednesday night.

“This was a big win going into the playoffs,” said BHS coach Mandy Vinson. “Katherine Shell pitched and Haley Speaks caught a good game. It is always good to get a victory on Senior Night.”

The Lady Panthers (19-6, 2-0) received an opening round bye in the Class 5A playoffs. Brookhaven will play the winner of the Region 5-5A/7-5A series. The game time and opponent has not been determined.

The Lady Hornets (17-6, 7-1), coach by Jan Delaughter, also received an opening round bye in the Class 2A playoffs, but will play St. Patrick at 11 a.m. and Pearl River Central at 2:30 on Saturday. Both games are at Pearl River Central.

Brookhaven captured an early 2-0 lead in the bottom of the first on a triple by Tia Bussey and a solo homerun by Katherine Shell. 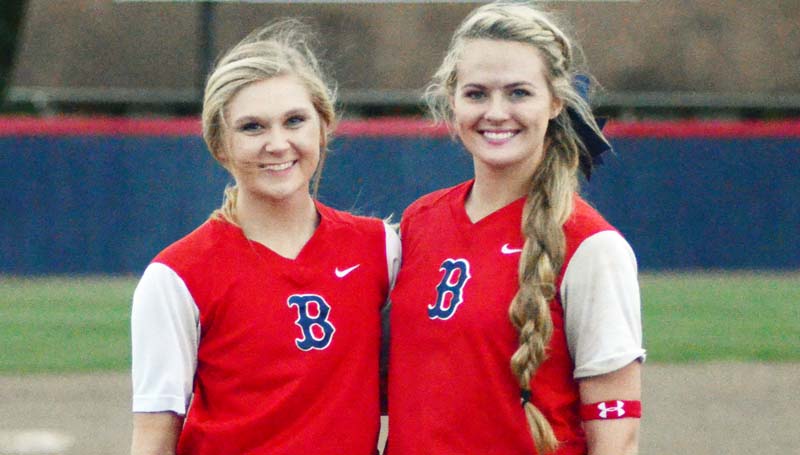 The score remained the same until the top of the sixth, when Loyd Star tied the contest at 2-2 on a two-run homer by Ali Gartman.

In the bottom of the sixth, the Lady Panthers answered with a two-out, bases-loaded, two-RBI single by Madison Thompson.

In the seventh, Brookhaven denied the Lady Hornets’ rally attempt to preserve the victory.

“We did not come ready to play,” said Delaughter. “Brookhaven just outplayed us tonight.”

Katherine Shell was the winning pitcher for the Lady Panthers with six strikeouts and one walk.

Makenzie Smith suffered the setback on the rubber for the Lady Hornets with seven strikeouts and no walks.

Shell was the leader at the plate for Brookhaven with a homerun. Tia Bussey contributed a triple. Hitting safely were Jada Henderson and Madison Thompson.

Ali Gartman paced the Lady Hornets with a homerun. Madison Jones and Meagan Poole provided a single each.

Brookhaven recognized its only two softball seniors – Katherine Shell and Haley Speaks – after the game.

Madison Thompson (0K, 1BB) and Jadeyn Fuller (2K, 3BB) combined together to collect the win on the rubber for the Lady Panthers.

Olivia Devoul was the top hitter for Brookhaven with a double and a single. Meg Foster had a single.