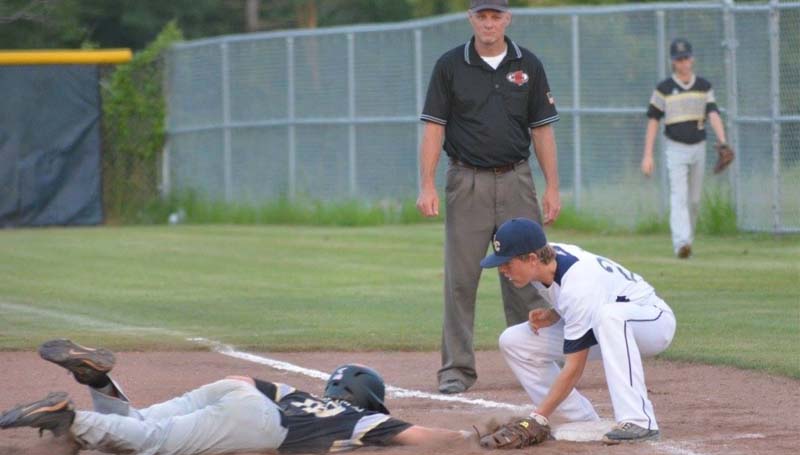 BOGUE CHITTO – The Bogue Chitto Bobcats’ season came to an end Monday night, falling to the Resurrection Eagles 10-6 in the third game of the opening round of the Class 1A playoffs.

On Saturday, the Eagles bounced back to beat the Bobcats 12-5 to even the series, after BC defeated Resurrection 13-8 Friday night in the first game.

“We had a great season and I am very proud of our boys,” said BC coach Tony Davis.

The Eagles continued their momentum from Saturday and quickly took advantage of a few BC’s miscues early in the contest to grab a 4-0 lead.

Resurrection’s strong hitting and defense were the difference in the contest.

The Eagles plated another run in the second inning to increase their lead to 5-0.

Bogue Chitto managed to break through in the second inning, scoring one run to cut Resurrection’s lead down to 5-1.

In the fifth, both teams scored four runs as the Eagles maintained a 9-5 advantage.

In the final two innings, Resurrection and Bogue Chitto scored one run each. The Bobcats threatened to make a comeback in the sixth and seventh innings, but Resurrection’s defense was too strong.

Tanner Gunther suffered the setback on the mound. Trey Nettles took over in the fifth inning and finished out the game in relief.

Clayton Wilder was the winning pitcher for the Eagles in four innings of work. Patrick Newman and Elijah Watts pitched the final three innings in relief.

Rudy Brumfield was the offensive leader for the Bobcats with a double and a single. Tanner Gunther and Brandon McKenzie provided two doubles each. Connor Douglas had a single.

MIZE – The West Lincoln Bears fell to the Mize Bulldogs 9-4 Monday night in the third game of the... read more