BC rallies to beat Smithville 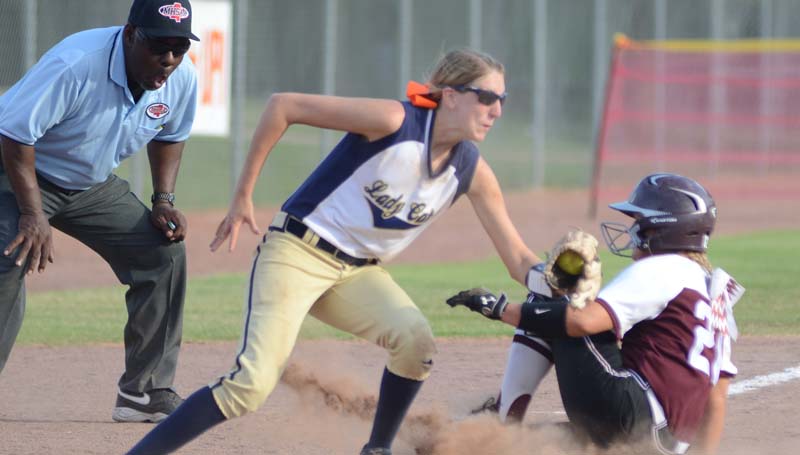 RIDGELAND – A four-run surge in the top of the sixth pushed the Bogue Chitto Lady Cats to a 10-7 win over Smithville in the opening game of the Class 1A state championship Thursday.

“This was a big win in game one,” said BC coach Scott Leggett. “The girls did a good job battling back and Christian Black pitched a good game. Overall, I was pleased with our effort, but we need to play better defensively. Tomorrow is a new day and we must regroup and focus on playing Bogue Chitto softball.”

The Lady Cats (26-6) will be in action today when they return to Freedom Ridge Park for the second game of the series against the Lady Seminoles (25-7). Game time is set for 3 p.m.

The Lady Seminoles pushed across two runs in the first to claim an early 2-0 lead. The Lady Cats quickly responded with a five-run blast in the top of the second to take over the lead. 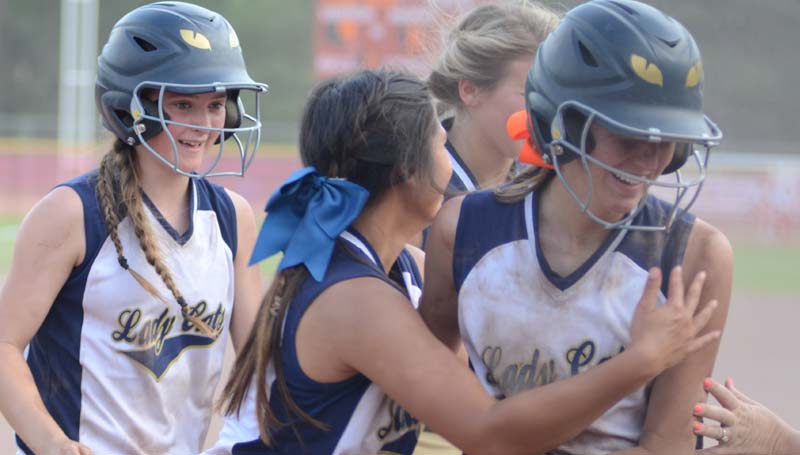 Daily Leader / Marty Albright / Bogue Chitto’s Terrah Nelson is greeted at home plate by her teammates after hitting a two RBI triple and scored on a throwing error in the top of the sixth inning against Smithville at Freedom Ridge Park Thursday.

After fighting through a scoreless third inning, BC managed to extend its lead to 6-2 after pushing one run across the plate in the top of the fourth.

Smithville battled back in the bottom half of the inning with three runs to cut into BC’s lead at 6-5.

The Lady Seminoles then plated two more runs in the fifth to take the lead at 7-6.

In the top of the sixth, the Lady Cats roared back with a four-run surge. They were sparked by Terrah Nelson’s two-RBI triple – she ended up advancing to home plate on a throwing error to give BC a 9-7 lead. Codi Leggett hit a solo homerun on the following play to give the Lady Cats a 10-7 advantage and they held on for the victory.

Christian Black was the winning pitcher with six strikeouts and three walks.

Morgan Barrett suffered the loss for the Lady Seminoles with four strikeouts and one walk.