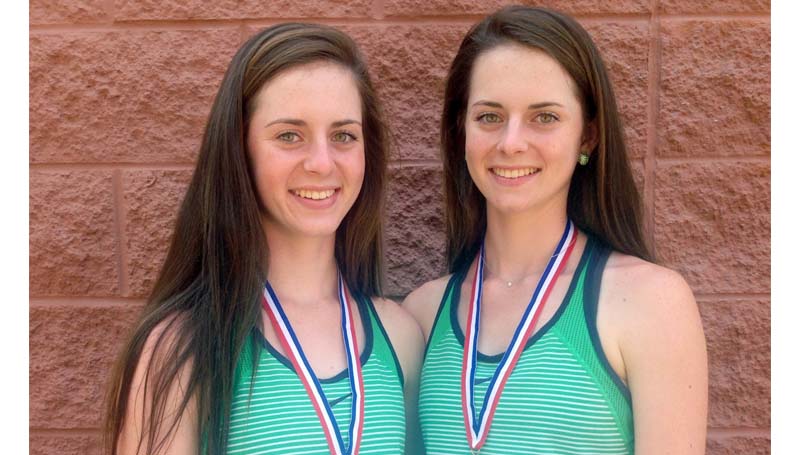 West Lincoln’s junior twin sisters Katy and Kara Clark claimed the State Individual Championship in doubles for the third year in a row.

The MHSAA Tennis State Championships for Class 1A/2A/3A/4A were held at the Oxford Tennis Center Monday through Wednesday.

The defending state champions went into the tournament ranked as the No. 1 girls’ doubles team in Class 1A/2A. The Clark sisters defeated French Camp 6-2, 6-0 on Monday, Enterprise’s duo of Hanako Mori and Courtney Greer 6-0, 6-0 in the second round and beat St. Joe 6-4, 3-6, 6-3 in the semifinals Tuesday.

Katy and Kara Clark are coached by West Lincoln football coach and new tennis coach Charlie Jackson. The girls are also under the direction of David Misner.

“I am very proud of Katy and Kara Clark,” said Jackson. “They are very deserving of being called champions. Their work ethic and humility is uncommon in many young people today. I cannot emphasize how extraordinary they are or how much I respect them both.”

In a recap of the sisters’ success, the Clark girls captured the silver medals in 2013 as eighth graders. In 2014, the girls captured West Lincoln’s first state championship gold in tennis. In 2015, the girls repeated as state champs in girls doubles and now have brought home their third straight gold as juniors.