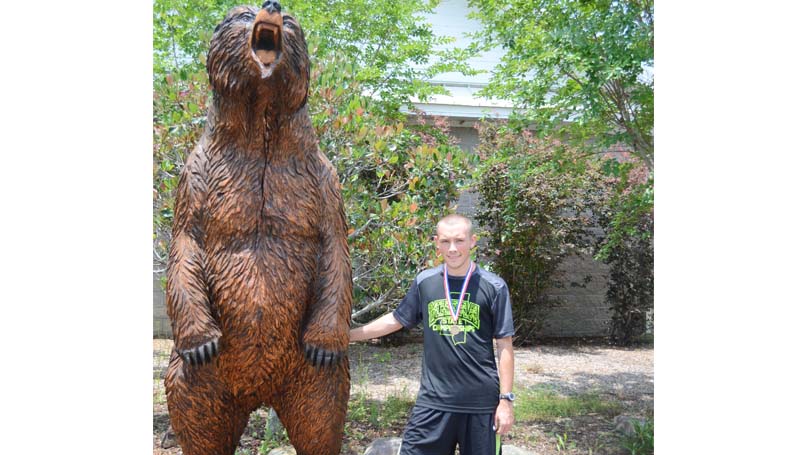 Senior Jason Watts made history for West Lincoln Friday in the Class 2A State Track and Field competition at Pearl. Watts won gold in the 3200-meter run with a time of 10:25. He finished as the bronze medalist last season with a time of 10:56.

“This is a great honor to win state,” said Watts. “I would to thank my trainer Alex Brown and coach Greg Allen for helping and pushing me to do my best. I would also like to give God the praise for giving the ability to run and the opportunity to win a state championship.”

Watts helped start West Lincoln’s track and field team in his sophomore year. He participated in two 3200-meter run events that year. His first was at Brookhaven where he finished third and his second was at Natchez, which he finished second.

West Lincoln’s official mentioned that West Lincoln had an Track team in the 1960s, but was unsure on if anyone won gold back then.

“After many hours of pounding out miles, his hard work has paid off,” said West Lincoln coach Greg Allen. “It was a very special moment to see that state championship medal put around Watts’ neck. I look forward to seeing him run for Blue Mountain College. We both want to thank Coach Phillip Laney for giving him the opportunity to compete at the next level. Watts has been a good leader for our younger runners and has set the standard for many years to come. We wish him the best.”

Watts also experienced an historic moment earlier in the year, as he became the first male in Lincoln County to sign a four-year, cross-country scholarship.