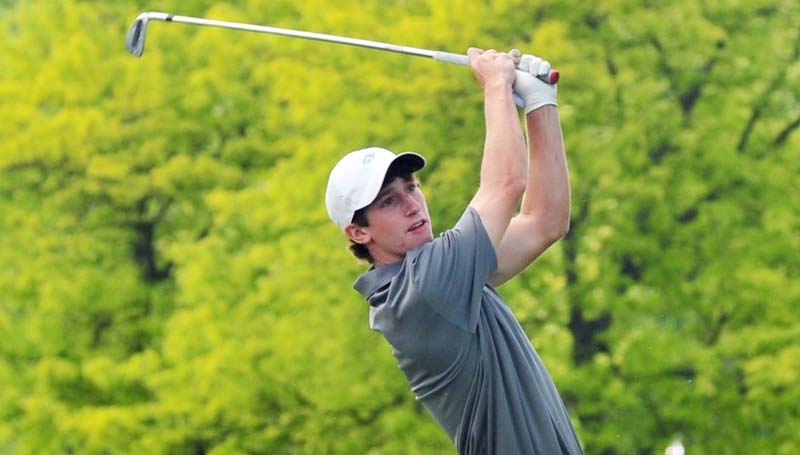 PLYMOUTH, Ind. – Copiah-Lincoln Community College’s Phillip Heine capped off his 2015-2016 season with a trip May 22-27 to the NJCAA Division II National Tournament at Swan Lake Resort in Plymouth, Indiana.

Heine earned his bid to the tournament after capturing medalist honors in the NJCAA Region 23 tournament.

The NJCAA National Tournament uses a four-round format rather than a two-round format. Heine, a freshman from Madison, opened play with a very impressive showing on day one. After finishing even par on the front nine, Heine bogeyed the 11th before sinking three birdies to close the round two under. Going into the second round, Philip was tied for third out of 120 players. Heine played well on day two, finishing the round three over par after rolling in five bogeys and back to back birdies on holes 14 and 15. Midway through the tournament, Heine was one over par and tied for ninth in the field. He slipped to 14th in the field after a difficult third round. The freshman bogeyed one on the front nine and three on the back nine. Heine salvaged the round with an eagle on the 15th to finish the day two over. Day four, the final day of the tournament, proved difficult for the freshman as he shot six over par after seven bogeys and one birdie for a final day of 78 as he finished in 29th place.

Heine also earned post-season accolades after his stellar season, as he was named to the PING All-American Team, NJCAA All-Region 23 Team, MACJC First Team All-State and a semifinalist for the 2016 Jack Nicklaus National Player of the Year Award.

“Philip has been the backbone of my team,” said Co-Lin head golf coach Ronny Ross. “He has had a wonderful season.”

Heine joins Jacob Ross as one of the only two players to be named to the Ping All-American team in back-to-back years, the coach said.

“He is a coach’s dream, and it is of no surprise to me that he has been as successful as he has been,” he said. “There are big things in front of this young man in collegiate golf. Hopefully he will remain at Co-Lin for another year and lead my team to the national tournament.”

SEC coaches welcome new replay, ‘want to get it right’