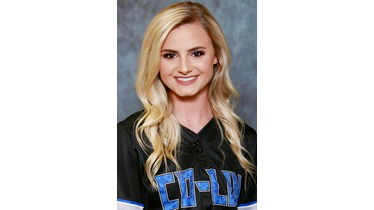 The 6-2 victory stretched the Lady Wolves’ winning streak to nine straight going into MACJC play this week. Co-Lin faces East Mississippi this Friday at 3 and 5 p.m. for the first MACJC games of the year. The Lady Lions are 0-5 thus far on the season.

The Lady Wolves were the first to light up the scoreboard Saturday night as Harmoni Ashley led off the bottom of the second with a towering solo home run to deep center field, her second of the year.

Bossier Parish knotted the game back up in the top of the third with a sacrifice fly, but the Lady Wolves immediately got things rolling again in the bottom half of the frame. After a hit batter and an error, Callie Fortenberry came to the plate with two on. The sophomore slapper ripped a groundball to center and plated Delaine McMillan and Carly Polk to put the Lady Wolves on top 3-1.

The Lady Cavs grabbed another run, their last of the game, in the top of the fifth when an error scored one to cut Co-Lin’s lead to one, 3-2.

Kaytlon Ward got the win for Co-Lin in the circle after she went the distance. She surrendered two runs on six hits over seven innings, striking out six.

Fortenberry and Ashley led the Lady Wolves at the dish with multiple hits, while Fortenberry posted a team-best three hits.