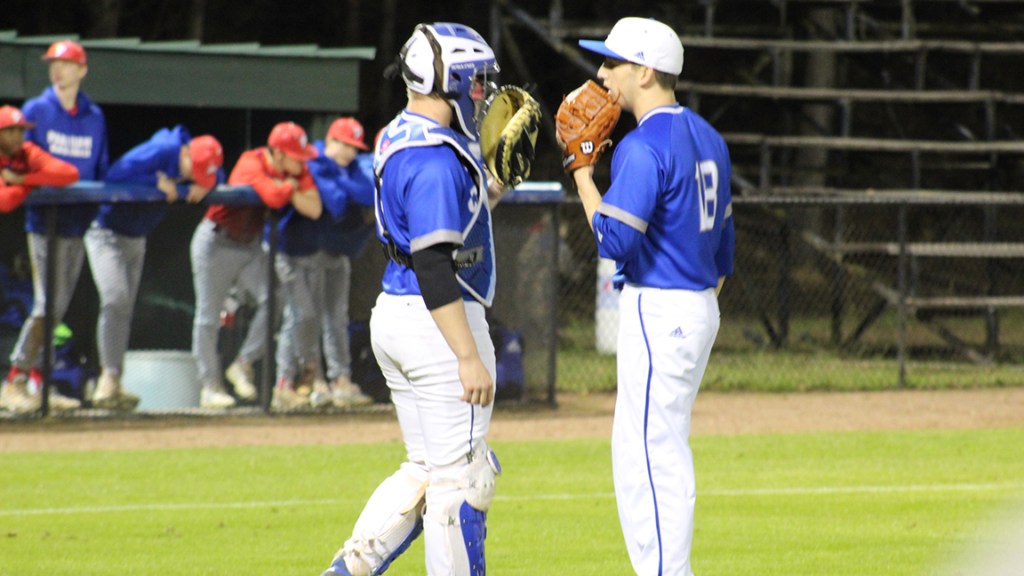 Photo by Katie Furr Brookhaven Academy picked up their first district win of the season on Tuesday with a 15-3 win over Newton County Academy. The two teams will meet again Thursday at 6:30 p.m. in Brookhaven.

The Bears (2-4) and coach David Gilbert picked up a Region 7-2A win Tuesday with a 13-1 victory over Amite County.

Burris picked up the win on the bump after giving up four hits, walking one, and striking out seven in four innings.

The two teams will meet again Thursday night in Liberty at 7 p.m.

The Cougars won their first district game of the season by outhitting Newton County Academy 13-3 Tuesday in a 15-3 win.

Flowers went 3-of-4 while Brady Spring, Tanner Watts, Nick Ogden and Harrison Brownlee all also hit safely. Brown batted in four runs while Thompson and Watts were responsible for three RBIs each.

Watts picked up the win on the hill by striking out nine and giving up one earned run on four hits in five innings. Flowers tossed two innings and struck out five without surrendering a hit.

NCA returns the game back to BA Thursday night at 6:30 p.m.

The Cougars (5-4-1) lost their second straight region game on Tuesday when Purvis beat them 7-1. The Golden Tornados outhit LC 6-4, but the Cougars were done in by six errors.

John Clyde Ready pitched four innings and gave up only one hit on 92 pitches while striking out eight for LC.

Friday the Cougars travel to Purvis for a 6:30 p.m. matchup.

The Cobras went to extra innings with West Marion Tuesday before the Trojans got a run in the top of the eighth to take a 4-3 win.

Kenner Bizot led Wesson with three hits and two RBIs. Jim Guess, Slay Acy and Will McInnis all had one hit apiece for coach Seth Lofton and his Cobras. Guess and McInnis each hit a double with McInnis also driving in a run.

McInnis went seven innings and scattered six hits on 106 pitches. He struck out seven and gave up two earned runs.