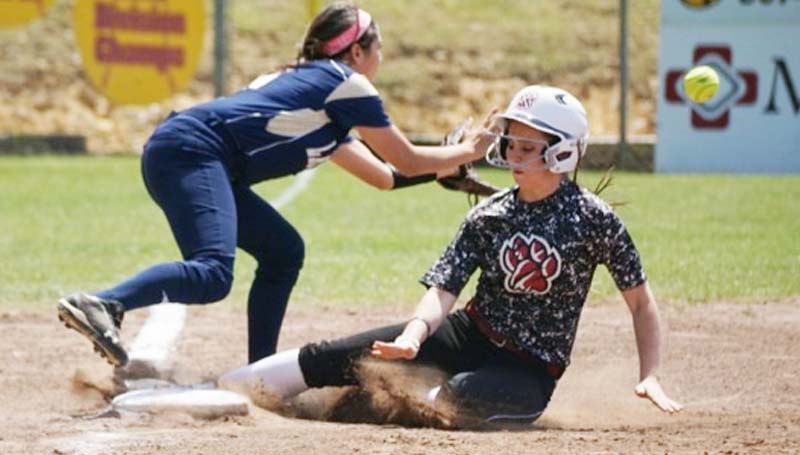 The Lady Cougars blanked the Franklin County Lady Bulldogs 10-0 in the first game and defeated the Sumrall Lady Bobcats 7-2 in the second game.

The Cougars (15-5, 7-0), coach by Meleah Howard, will resume action Tuesday when they visit Brookhaven to battle the Lady Panthers. Junior varsity action starts at 5 p.m., followed by the varsity contest at 6:30 p.m.

The Lady Cougars quickly took care of business, scoring four runs in the first, one in the second, three runs in the third and one run each in the fourth and fifth innings to collect a 10-0 win.

Elizabeth Smith was the winning pitcher for Lawrence County with six strikeouts and one walk.

Emilee Wallace absorbed the setback on the rubber for the Lady Bulldogs with no strikeouts and three walks.

Chasney Green, Malaine Moak and Tabitha Thompson were the top hitters at the plate for Franklin County with a single each.

The Cougars battled the Lady Bobcats in a close contest in the first three innings before outscoring Sumrall 5-1 in the fourth and fifth innings to collected the win due to a time limit.

Jordan Harp was the winning pitcher for the Lady Cougars with four strikeouts and one walk.

Kirkland paced the Lady Cougars with two singles. Smith provided a double. Fortenberry, Nations and Lambert contributed a single each.