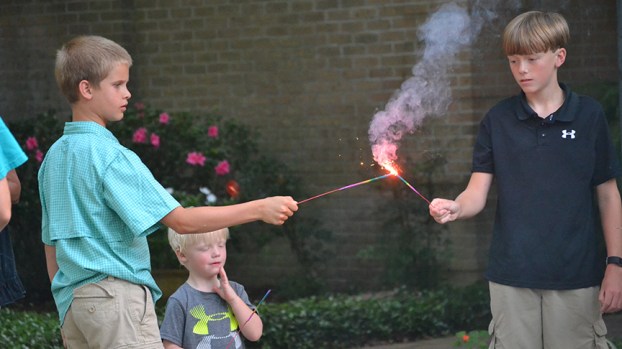 Photo by Donna Campbell/Officers prepare to take Willie Cory Godbolt back to his holding location in Copiah County after his appearance in Lincoln County Justice Court Wednesday. Godbolt, accused in the shooting deaths of eight individuals over Memorial Day weekend, appeared before Judge Bryan Harbour.

Willie Cory Godbolt has been indicted on several counts of murder in connection with the shooting deaths of eight people, including a sheriff’s deputy, in Lincoln County last year.

The first-degree murder charges are related to the deaths of Brenda May, 53; Toccara May, 35; Barbara Mitchell, 55; and Ferral Burage, 45. Godbolt is also accused of attempted murder for allegedly shooting at Lincoln County sheriff’s deputy Timothy Kees, and is accused of kidnapping Xavier Lilly and another victim. He is accused of armed robbery for taking a 2015 Kia vehicle.

All the charges stem from a shooting spree that occurred on May 27 and 28, 2017. Witnesses have said the fatal shootings started after Godbolt was arguing with his estranged wife.

Godbolt’s rampage began around 11:30 p.m. at 2871 Lee Drive in Bogue Chitto, where he allegedly shot to death Durr; Mitchell; her daughter, Toccara May; and Mitchell’s sister, Brenda May, said Mississippi Bureau of Investigation spokesman Warren Strain.

Godbolt arrived shortly after that at Coopertown Road, where Lilly and his friends were staying. That’s where Godbolt is accused of killing cousins Blackwell and Edwards, Strain said. Family members said Blackwell died shielding Austin’s brother, Caleb Edwards, with his own body to protect him.

Lilly reportedly spent hours in a car with Godbolt. He was eventually let out of the car near the Burage home.

Ferral and Sheila Burage were killed by gunshot wounds at their house on East Lincoln Road, which is where Godbolt surrendered to police.

The murder weapons — two rifles and two pistols — were also recovered at the house on East Lincoln Road. One pistol belonged to Ferral Burage, the rest belonged to Godbolt, authorities said.

If found guilty, Godbolt, 35, could face the death penalty or life without parole for the capital murder charges. First-degree murder can carry a penalty of life in prison with the eligibility of parole.

At that time, Godbolt was charged with one count of murder and seven counts of first-degree murder. Court documents detailing the charges against Godbolt stated that he knew Durr was a law enforcement officer when he killed him.

The arraignment of Godbolt is scheduled for 11 a.m. Monday at the Lincoln County Courthouse. Godbolt is expected to appear before Circuit Judge David H. Strong.

Blackwell, Edwards families grieve as cousins are laid to rest

He brought the bird in with easy throttles, making 140 knots on a heading of two-seven-zero, straight west, using Brookway... read more