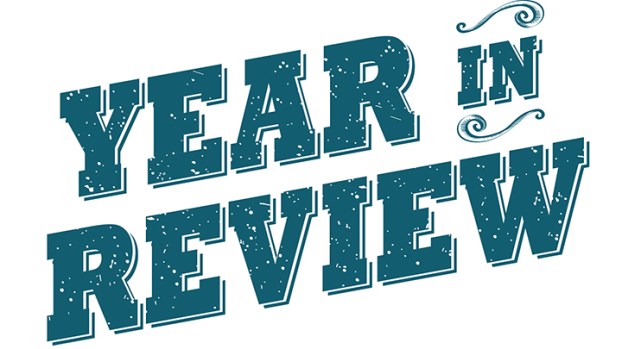 Editor’s note: The year 2020 was full of firsts, lasts, joys and sorrows. Below is a sampling of excerpts from some of the year’s biggest stories. They are in no particular order. Full articles can be found at the links.

A 4-hour standoff at Dollar General ends in two arrests

Police Chief Kenneth Collins said an alarm alerted police to the break in around 3:30 a.m. When officers arrived, the two masked men ran back into the building.

Brooks was caught behind a stack of merchandise in the receiving area of the store, he said. Bridges went up into the ceiling to hide.

“We’re going to have to do it section by section until we find him,” Collins said.

Collins said Brooks was not armed when he was captured, and he believed Bridges was unarmed as well.

A Brookhaven teenager has been arrested in connection with the murder of another local male teenager.

At approximately 5 a.m. June 16, the Lincoln County Sheriff’s Office received a call concerning a person shot at a residence on California Road.

Sheriff Steve Rushing said deputies arrived to discover a 17-year-old male dead inside the home. One male subject was detained at the scene and transported to the sheriff’s office.

Several subjects were at the home when the incident occurred and investigators are still working the case. The victim has been identified as 17-year-old Trevion Sanders, a former Brookhaven High School student.

The subject detained — Ashton Jackson of Brookhaven, age 19 — has been charged with first-degree murder and booked into the Lincoln County Jail.

The search continues for two Copiah County residents who went missing while duck hunting along the Mississippi River.

Warren County Sheriff Martin Pace told media outlets investigators recovered the boat the two were riding in, along with their hunting gear and safety vests.

The search extended Saturday more than seven miles south of the landing on the Mississippi side of the river, Warren County Fire Coordinator Jerry Briggs told The Vicksburg Post, and five miles south on the Louisiana side.

OK, so you’re stuck at home (or at work with nothing to do) because of this whole coronavirus COVID-19 scare. Maybe you’re an introvert and social distancing is what you’ve been training for your whole life, or maybe you’re an extrovert and you’re already stir crazy 30 minutes into this.

Don’t fear! We have you covered. Here are some suggestions — some serious, some silly — of things to do while you’re stuck at home.

1  Work the crossword and sudoku puzzles in The Daily Leader.

2  Try a new way to make your coffee or tea — use a French press, or a percolator or boil it over a fire in the backyard. Like a fire in a firepit — don’t just set your backyard on fire in order to try coffee. Or tea.

3  Start a journal, blog or diary about anything you want to write about, even if it’s just for your eyes only.

4  Tune up that guitar or other instrument and learn something new.

5  Pick a website at random and see how many times you can find the word “canceled,” or something similar.

6  Download one of the many free classic movie apps on your phone or tablet and watch a movie you’ve never seen.

75  Get lots of rest and stay positive!

One man is dead and another is in jail after a late-night shooting in Brookhaven.

Officers found the body of Timothy Smith behind a club that was not open but where people were “hanging out,” according to BPD Chief Kenneth Collins.

In the early morning hours of Tuesday, Mose Curtis Smith — the alleged shooter and the cousin of the victim — was taken by his uncle to the BPD office where he surrendered.

Smith is charged with first-degree murder.

Officials March 18 jointly declared a local emergency for Brookhaven and Lincoln County as the number of Mississippians testing positive for COVID-19 continues to increase.

By declaring an emergency, officials can activate a comprehensive emergency plan that was put in place years ago, but recently updated, Galey said.

The declaration allows the city and county to seek state and federal assistance for medical supplies and other needed supplies.

“In general, it gives everyone a little bit more authority than they would normally have if we were not under this COVID-19 pandemic,” he said.

Galey said he is working with all emergency services to fill any unmet needs that may arise due to the statewide outbreak.

No positive cases have been reported in Lincoln County as of Wednesday afternoon, he said …

The Brookhaven Recreation Department and all public parks are closed and all city-sponsored recreational activities have been temporarily canceled.

The upcoming Spring Fling and Fair at the Lincoln Civic Center and all civic center and arena activities have been canceled, he said.

He urged residents to stay at home if possible, but if going out, do so responsibly. He said stores and restaurants are making phone, social media and app ordering more user-friendly and offering drive-thru, curbside and delivery service.

“If you don’t need to go out, don’t go out, but if you go out, support the local businesses that are offering safe ways to shop and dine,” he said.

Special agents from the office of State Auditor Shad White Wednesday arrested John Davis, of Brookhaven, the former director of the Mississippi Department of Human Services, in connection with a multimillion-dollar embezzlement scheme. The indictments include a range of violations involving fraud and embezzlement.

Auditors concluded, after an eight-month investigation, that the accused conspired to illegally obtain millions in public funds from the Temporary Assistance for Needy Families program administered by DHS. Defendants used a variety of business entities and schemes to defraud the taxpayers.

“The funds that were illegally obtained in this case were intended to help the poorest among us. The funds were instead taken by a group of influential people for their own benefit, and the scheme is massive. It ends today,” White said.

White said it is the largest public embezzlement case in state history. The total amount of money lost to these schemes has not yet been determined, but the loss already exceeds any embezzlement scheme in the records of the auditor’s office. Records are kept for all cases from the last 20 years.

… If convicted on all counts, the accused face hundreds of years in prison. Individuals arrested by the Mississippi Office of the State Auditor are presumed innocent until proven guilty in a court of law.

An accident at Southern Electric Works in Brookhaven July 30 claimed the life of employee Mark Fuller.

Fuller was pronounced dead at King’s Daughters Medical Center Thursday afternoon at approximately 2 p.m. An official cause of death will be published once an autopsy is completed.

A Horn Lake man is in jail and a Lincoln County man is dead after a Dec. 23 Wednesday night shooting on Haley Trail.

Just before midnight, deputies with the Lincoln County Sheriff’s Office responded to a call about a male subject that had been shot at a residence.

While in route to the location, a responding deputy intercepted and stopped a vehicle fitting the description of the suspect’s. A male suspect was detained for questioning.

Other deputies arrived at the home on Haley Trail and discovered a male subject who had been shot in the chest area. He was transported by ambulance to King’s Daughters Medical Center, where he was later pronounced dead.

The suspect, Richard Wendell Moates, 29, of Horn Lake, was transported to Lincoln County Jail where he was booked for first-degree murder.

Bond has not yet been set for Moates.

Early information indicates the shooting may have stemmed from a domestic related incident, according to Sheriff Steve Rushing.

Authorities are investigating the death of an 11-year-old Monticello girl in Walthall County Wednesday night.

The girl’s body has been sent to the state Medical Examiner’s office for autopsy, he said. Results are pending and the death remains under investigation by Blackwell’s office and the Walthall County Sheriff’s Office.

Blackwell said the girl lived with her father in Monticello, but was staying with her mother and stepfather in Jayess in Walthall County. Her mother called 911 around 11 p.m. and the girl was pronounced dead in the ambulance.

A special election was scheduled to fill the Mississippi Senate District 39 seat after Sen. Sally Doty resigned in July to head the Public Utilities staff.

The following nine candidates qualified for the Sept. 22 special election, running without party designations. Polls were open until 7 p.m.

These results DO NOT include totals from other counties.

FINAL numbers, including machine, curbside, affidavit and all but 58 absentee ballots:

Note: A runoff was conducted Oct. 13 between Jason Barrett and Bill Sones, which Barrett won.

Citizens are taking a stand in Brookhaven against racism and brutality.

Monday afternoon June 1 around 5 p.m., people from Brookhaven, Lincoln County and other nearby areas began gathering in the parking lot of Westbrook Cinema 4 on Brookway Boulevard to hold signs and show support for one another in the wake of recent events across the nation.

The death of George Floyd in Minneapolis May 25 and the riots that were sparked across the United States are but the latest of events that have highlighted not just racism, but unchecked abuse of power and blatant displays of hatred and expressions of violence in many locations.

A Brookhaven resident who identified himself simply as Gavin said the group only wants to bring non-violent protest to highlight injustice.

Holding signs with statements like “No Justice, No Peace” and “Injustice anywhere is a threat to justice everywhere,” the group was visited by local NAACP chapter president Rev. Rico Cain and Brookhaven Police Department Chief Kenneth Collins during their activity Monday, both of whom “gave their blessing” to the gathering, according to statements on Gavin’s Facebook page.

The words most repeated before the crowd of more than 200 people at Gov. Tate Reeves’ economic development announcement in Brookhaven Tuesday morning were, “It’s a great day,” and “Thank you.”

Reeves announced the newest addition to the economy of the city and Lincoln County by introducing Brookhaven native Fred Buie, owner and president of Keystone Electrical Manufacturing Company.

“The products made in Mississippi are some of the highest quality products around. This morning I am proud to announce that the Keystone Electrical Manufacturing Company is opening operations in Linbrook Industrial Park, investing $4 million and creating 30 new jobs,” he said.

The Des Moines, Iowa-based company manufactures protection and control relay panels, medium-voltage switch gears and turnkey control centers used in the generation, transmission and distribution of electrical power. Buie explained their products as “the brains of the power grid.”

Buie, who owns a home in Brookhaven and has a local timber farming business, said he wanted to bring his business back to the area where he was raised, graduated high school and college, and began to learn how to work hard and dream for the future. He was pleased, he said, with how efficient and quick the process of expanding his business in Mississippi has been.

Event emcee Jeff Richardson, director of King’s Daughters Medical Center Foundation and president of the Brookhaven-Lincoln County Chamber of Commerce, said it again in his closing comments — “It’s a great day for Brookhaven and Lincoln County.”

As of Wednesday, cases of the COVID-19 coronavirus had reached 2,499 in Lincoln County and two new deaths had been... read more